29: How to Eventually Become a Millionaire

28: How to Stick to One Thing and Do it Better than Anyone Else with David Ciccarelli of Voices.com

27: How to work smarter and build a successful online store with Jason Weisenthal of Wallmonkeys.com

No New Episodes – I apologize for the lack of new podcasts posted! I'll let you know that I have 15 in line that will be uploaded starting in December. My eCommerce store is blowing up with the Holiday season and I haven't been able to get the podcasts all edited. So please stay tuned!

Episode 26:  How to start an online store, pick a niche, drop ship, and find success with Andrew Youderian of eCommerceFuel.com

Episode 25 – How to FOCUS on the good, FILTER out the bad, and design an organization that doesn't suck! – Josh Allen Dystra of StrengthsDoctors.com Episode 24 –  How to Monetize What You are Passionate about with a Blog Episode 23 – Legal and Entrepreneurial Advice with Nellie Akalp of Corpnet.com Episode 22 – How to Automate, Scale, and Monetize Your Business Online with Antonio Centeno of RealMenRealStyle.com Episode 21: Delivering Happiness and Creating an Outstanding Company Culture with Jenn Lim

Episode 16 – How to Convert Facebook Fans into Paying Customers Episode 15 – Legal Advice for Startups with John Corcoran Episode 14 – Entrepreneur Interview with Inventor Debbie Meyer Episode 13 – The Entrepreneurial Lifestyle and Creating a Legacy with Matt Wilson of Under30CEO.com Episode 12 – The Voice Behind Your GPS and Apple iPhones Siri

Episode 11 – Mompreneur Sari Davidson shares her journey on how she built a multi-million dollar company that started on her kitchen table. Episode 10 – Interview with Corey Wadden of Millionaireby25.com – Corey talks about writing ebooks and developing apps to generate revenue. He also goes in depth about how to set goals you will be able to attain. Episode 9 – Interview with Deacon Hayes – Deacon talks about his transition to become a full time entrepreneur and how he turned his passion for helping others get out of debt into a successful business. Episode 8 – Interview with Taylor Mehlhaff – Star Kicker at Wisconsin who Turned his Passion for Kicking into a Camp for the Nations Top College Recruits Episode 7 – Interview with Pat Flynn – Pat is one of the most successful internet marketers. He went from being laid off in 2008 to earning over $45,000 per month online.

The Think Entrepreneurship Podcast is also available for Android and to listen online. Click the logo below! 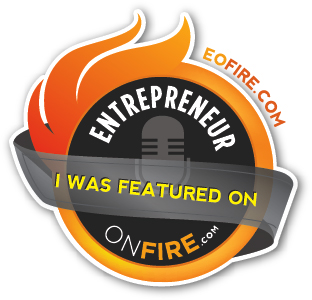