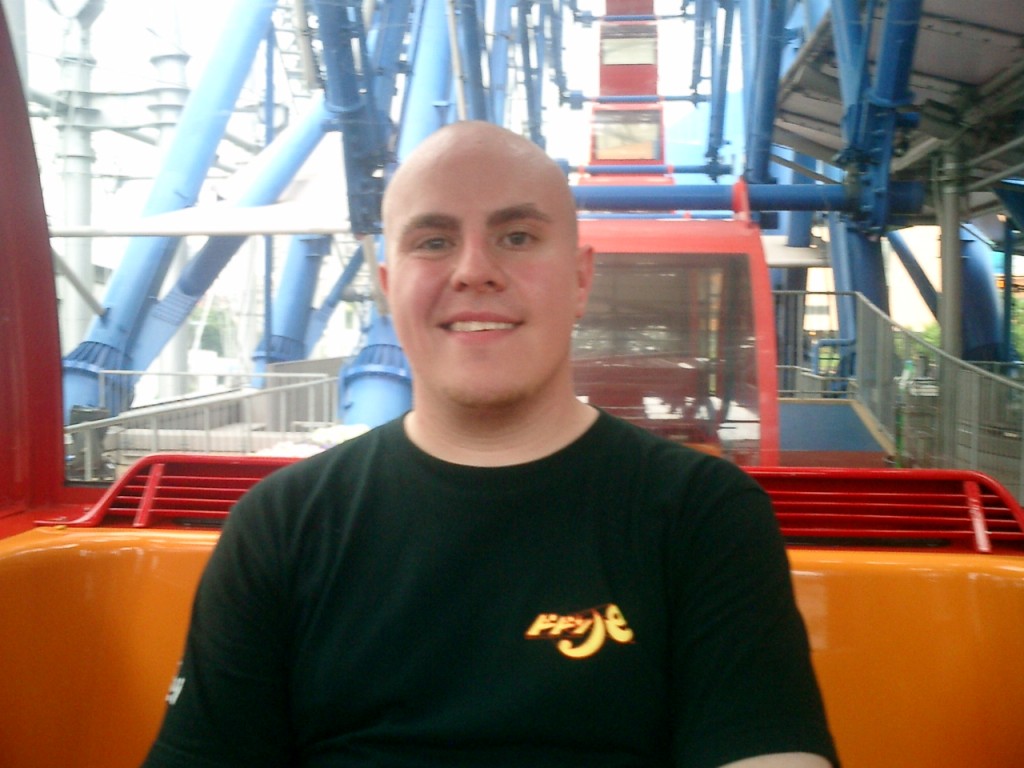 My name is Josh Hughes and Iʼm President of Add-A-Tudez Entertainment Company (AEC) and Lead Game Designer of AECʼs first game studio, Team KAIZEN (www.teamkaizengames.com). We are based out of Great Falls, Montana and our focus is to rock it as independent entrepreneurs and turn Great Falls into the Park City of the video game industry.

Our story started in 2002, I had just graduated high school and Trevor (my brother, 6 years younger and the other AEC co-founder) was entering 7th grade. A friend pressured Trev to try out for football and he failed the physical 3 times. The doctors called and said he needed to be in emergency surgery ASAP. They found out his ureters (the lines that connect your kidney to your bladder) were kinked and his bladder was not working properly, urine had been backed up into his kidneys which were now nearly poisoned to death.

Our father (who we already had a strained relationship with) didnʼt like this and told Trev to his face that he didnʼt want the bills of a sick child, so he took the family van and moved down south. Once he was gone, we found out he refinanced the house several times behind Momʼs back to amass a $180,000.00 debt, which fell on our head. We lostour house as well as the car Mom bought to replace the van, and we had to move in with Momʼs parents in early 2003.

Over the next 2.5 years, I worked a dead end job at a call center to help while Mom worked odds and ends jobs (making sure she never made enough to jeopardize Trevʼs Medicaid, which was the only lifeline paying for his surgeries. As of 2012 heʼs had over 50 including having his non-working kidney removed and having a line built from his belly button to his bladder allowing him to use it as a second means of urination).

Finally, I told her normal wasnʼt working for us, we had to try crazy. Crazy meant taking our passion for video games and turning it into a business and taking our lives back. The Great Falls Development Authority found out and told us that, if we were serious, theyʼd take us under their wing and teach us how to become entrepreneurs.

Learn more about their startup story and game development by watching their video.

So, in 2006, we officially registered as a business with the State of Montana and began putting our nose to the grindstone networking and building our companyʼs reputation. We had some bumps along the way, including a 3 year period where we were taken advantage of by a company claiming to want to fund us. This company took one of our animators from us behind our back (he was innocent in the deal, he thought we knew what was going on) but they actually did worse to others (some people lost their homes from the action of this company).

In 2009, I hadnʼt heard from them in a while so I did a Google search only to find they had gone bankrupt and closed. So, we jumped back into the driver seat and started networking deeper in the game industry, eventually pitching our game Shattered Soul (a martial arts brawler with intense story telling) to a major company. Representatives from that company spent over an hour and a half on the phone with us telling us what they did and didnʼt like. They then asked us to develop a tech demo (playable mini-version to show your vision and prove you can do what you claim you can do) and re-pitch once it was ready. Our team got a game plan together and, after some decision making sessions, we settled on the Unreal Dev Kit (UDK, free version of the popular Unreal 3 tech that powers gaming mega hits like Batman Arkham City and Gears of War) and started building Shattered Soulʼs tech demo.

During this period, we also won a grant from HASTAC (Humanities, Arts, Science and Technology Advanced Collaboratory www.hastac.org) and The MacArthur Foundation to develop a free to play group of levels for the popular PlayStation 3 game LittleBigPlanet 2 (www.littlebigplanet.com) that teaches Science, Technology, Engineering and Math (STEM) through the use of rides and roller coasters.

This exposed us to the world of educational gaming and now, as a company, we have 1 foot in traditional gaming and the other in the educational side where we do everything from working with local schools on getting game design in the classroom to working on games that naturally mix STEM into gameplay. 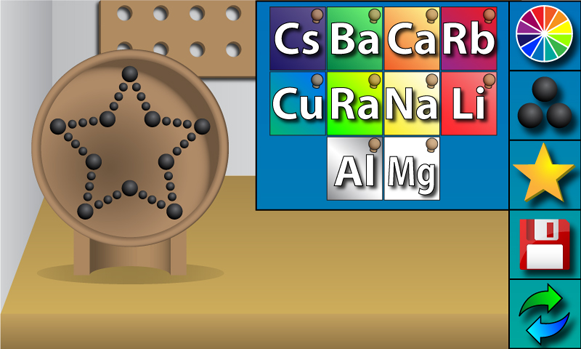 Screenshot of Burst - An educational game integrated Josh's team has created for students to help make learning in the classroom more fun.

One such game is Burst!, our rhythm game that has players detonate fireworks to the beat of music. As players get better in Burst!, they unlock elements off the Periodic Table to make more colors (this is the real way fireworks get colors). We feel that, when done naturally in this way, STEM can be a powerful addition to play in games!

We are also working on a few other projects both educational and traditional and are teaming up with different companies and organizations to spread the passion of game design (including working with the Entertainment Consumers Association www.theeca.com to create an independent game developer chapter that reaches out tothose intrigued by game design).

Weʼre doing most of this on sweat equity or bootstrapped funds, but weʼre getting traction and slowly working towards our goal of world domination!

My favorite thing is that, through game entrepreneurship, weʼre showing that events in life (including Trevʼs kidney troubles) donʼt have to define or constrain your life–you can achieve your dreams and impact the world! Weʼre hoping to inspire the next wave of game entrepreneurs to do the same!